6 Busted Myths About Recording Your Own Album

If you’re like most musicians, you probably wake up every morning with music running through your head.  But many of us let nagging doubts and excuses keep us from taking initiative and recording an album.  Maybe the prospect of recording is intimidating.  Maybe you think you couldn’t possibly get the resources together to follow through.  Or maybe you think your music just won’t cut it.

Luckily, with a little attitude adjustment, you can take the rationale that keeps convincing you it’s not realistic to capture your genius on record and turn it into plenty of reasons why recording an album is well within your grasp.  Here are some common excuses and explanations of why they don’t apply to you, so you can get that music out of your head and straight to the fans. 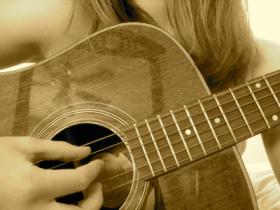 Sure, you have a few brilliant melodies bouncing around in your melon.  And you might have some gorgeous chord progressions just dying to be heard by the masses.  But that just isn’t enough to justify recording an album.  You want a song to be fully recognized before you can record it, and you need to finalize the arrangements before you could even think about heading to the recording studio.

In actuality, a chord progression and melody are all you really need.  Any song that can be sung with a guitar or piano is ready to be recorded.  Actually, with the help of Studio Pros, you don’t even need the chord progression–just some lyrics and a vision!  We can help take care of the rest.

If you’re shooting for full production, many decisions on song arrangement are made during the recording process.  As you record, you’ll learn more about each song’s needs, so there’s no reason to feel like every detail should be figured out beforehand.  You’ll probably find that your songs will change even if you think you have come up with the end-all version.

You’re a perfectionist.  You need every song to be so good it could potentially change the world.  But you’re not there yet.  The songs you have now just wouldn’t cut it in the music biz, so you might as well wait until you write some really good songs before you record an album.

I hate to be the bearer of bad news, but it’s pretty rare that any musician feels as though they’ve written their best material already–otherwise, they’d have nothing to work towards in the future!  It’s great to feel like you’re recording the best work you’ve ever done, but you don’t have to think you’ve written 12 masterpieces before you’re ready to lay it down on tape.  The recording process can actually help you improve your songwriting skills, and having finished versions of your songs will allow you to move on to bigger and better things.

Besides, there’s no reason to worry about how your songs will stack up compared to the music that’s already out there; it’s not a competition, it only really matters if you like them!

Myth #3: I don’t have enough songs

OK, so we know you have some catchy tunes, and while they may not feel completely fini

shed, they are in a good enough place that you’re confident enough to put them on wax.  But as of now, there are only four that you feel that way about.  So it would be pointless to record them when you don’t have nearly enough music for a full album, right?

While it’s true that it’s always good to record more songs than you’ll need for a CD, there’s no rule that says you have to do it all at once.  In fact, it can be much less overwhelming to record smaller groups of songs than to attempt to tackle 10 to 15 at a time.  Not to mention that these days it’s not only very common to record an EP of four or five songs, but the popularity of digital download services such as iTunes have made recording albums a lower priority for most artists.  You can release one song at a time through services such as CD Baby and TuneCore if you want! 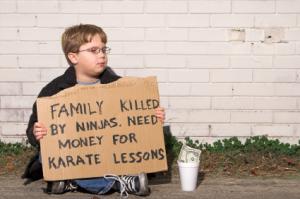 Myth #4: I don’t have enough money

Money used to be the ultimate excuse for not recording an album.  Recording stud

ios were in high demand, and paying for studio time and session musicians could run up quite the bill.  But more and more, money is becoming a much smaller hurdle to overcome when it comes to recording.

These days, the wide availability of home affordable home recording equipment has not only brought the recording studio into thousands of bedrooms around the world, it’s also forced professional studios to adjust their rates in order to compete.  Additionally, online collaboration among musicians and producers has been made possible through sites like this one, which hooks you up with professional musicians for affordable prices!

Myth #5: The logistics of finding the right players and studio are too complicated

I get it: you don’t want your music to be put in the wrong hands. Musicians are perfectionists.  There’s nothing wrong with that.  Unless, of course, it keeps you from recording your music.

Hooking up with quality recording facilities and session musicians is easier than ever.  If you’re looking to rent out a studio, call them beforehand to ask for a tour of the building.  Ask to hear samples of music they’ve recorded, and check their website for a complete gear list, notable credits, staff members, etc.  If they’ve made a bunch of recordings that you like, chances are you’ll also like what they do with your music.  If you don’t feel comfortable while taking the studio tour, chances are you’ll feel uncomfortable trying to record an album there.  Logical?  Yes.  True?  Very.

And as for those studio musicians?  Like I mentioned in Excuse #4 above, finding kindred musical spirits and teaming up with top-notch session players is easier than ever on the Internet.  Studio Pros offers singers, musicians, and mixing/mastering engineers, so you can be sure that you have every integral step of the recording process covered!

Myth #6: It’s just not the right time for my music

You play dark and brooding music while the world is buying happy and cheerful.  You write catchy pop songs, but the “hip” bands are playing unconventional indie music.  What you create isn’t what’s popular, so what’s the point of making a record that won’t sell?

Truth be told, this might be the worst excuse of them all, because nobody can predict when the trends will change.  Nobody knows what kind of music the next “it” band will play.  And most of all, because no band that’s ever changed the world decided not to record their style of music if it wasn’t all over the airwaves at the time.  When Nirvana released Nevermind, no radio stations were playing alternative music.  We all know how that one turned out!

You might have inadvertently written a song that will resonate with millions during an unpredicted time of crisis.  You might have music that would be perfect for a major sports team’s stadium introductions.  But you’ll never know until you get it out there.  So forget the excuses…  Now is as good a time as any to record your album!