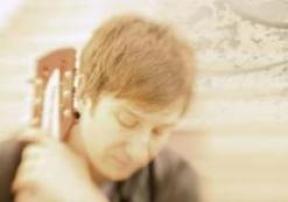 Many songwriters have their own home recording studios and double as the producer, engineer, songwriter, and recording artist.  Most songwriters don’t also fall into the category of “studio drummer”, and that’s where Studio Pros comes in to save the day (or the album you could say).

Don’t waste time struggling to knock out a midi drum track on your song when you can have our studio drummer come help you!  As many of you may have realized, getting drum tracks recorded may be the most difficult step in getting your album finished.


Aaron Frisbee, a Kentucky based songwriter, fits the above description to a tee.  He was in the process of recording his album “ReDISCOVERY” and found the drums to be the hardest part to master from his pro recording Studio640 in Louisville.  Frisbee’s songs, simple and lyrical with textures that include organic guitars, pianos, strings, anolog synthesizers and layered vocals were screaming for organic live drums to compliment the sound.

“I found the Studio Pros session drummers after working endlessly to try to sequence drums with a “human” feel. I found working with the pros studio drummer was great.  We talked about the style and approach I had in mind for the album. I sent some songs to give him an idea, a vibe (Beck’s Sea Change meets Abbey Road). Many of the drum ideas were original and the recorded sounds were great. It really made it easy to for me to bring them into the final mix.”

Aaron found the pros to be very approachable in the collaboration process of his drum recordings, “I would discuss revisions with the drummer and try different versions until we got it right.  I wanted ReDISCOVERY to have a classic analog sound but with modern touches – it just made sense to record live drums on most of the songs.”

Once Aaron had a drum track that he approved and downloaded, he had no problem importing the tracks into his Pro Tools set up from his Louisville, Kentucky home recording studio.  “It was easy. In many cases I would continue to arrange the song even after the drums were cut because we were working with a click. I would also choose my favorite fills and move them around in the song. In the case of “Believe”, I reversed some drum parts for cool transition effects.” 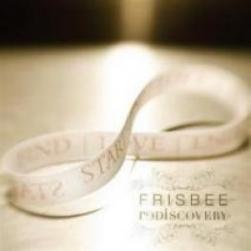 “Drum parts are usually really hard for singer songwriters and getting quality performances and well recorded parts can take a tremendous amount of energy if you don’t work with pros. The problem is most people can’t afford to put together a team (drummer, studio and engineer) to get their drum parts. Studio Pros makes it easy and affordable and their live drum parts definitely raise the bar of the production allowing performing producers like me to focus on one or two input recordings like vocals, guitar and keys when finishing the songs.”

So follow Aaron Frisbee’s lead and send your album’s tracks on over to the Pros.  We are here to help you finish your album with a professional touch!

Frisbee will be touring this year as well, so check up on tour dates and locations on his site.