David Llorente used Studio Pros for his first professional project and was blown away not only by the musicianship, but by how much they cared. 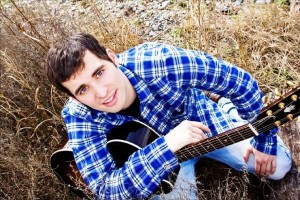 “It was probably one of the best learning experiences I’ve ever had as a musician.”

That’s how David Llorente feels about his time working with Studio Pros. “Just going through all the processes, seeing what people have to do to get a professional track cut. I didn’t know how long it took. I didn’t know everything that was involved from start to finish. And now, having gone through it with Studio Pros, I’m never gonna forget it. It was awesome.”

Llorente, a Nashville-area singer/songwriter, was hunting down recording options online when he discovered Studio Pros. “I really wanted to get this project out, it was real heavy on my heart,” he remembers. “I read about Studio Pros and thought, ‘that’s a good idea.'” Though intrigued by the idea, Llorente still needed convincing that Studio Pros was the best choice for his music. All it took to persuade him was a little research and a phone call to head of production Kati O’Toole.

“The credentials behind the staff are amazing,” he explains. “I actually went and checked out Katie’s albums that she had done. She’s not just a producer, but she’s a musician and songwriter.” Knowing that his songs were in the hands of fellow musicians put Llorente at ease. “I could hear that she’s passionate about what she’s doing. It was cool to have some people that really cared.”

Llorente started by recording a rough track with just his voice and an acoustic guitar. He sent the song to Kati and they discussed what he wanted and how Studio Pros’ world-class session musicians could handle the track. From there, Llorente got to personally approve every instrument that was recorded, starting with the drums. “My friends who are producers in Nashville, they were really impressed with the quality of drums we got on there,” he says. Overseeing the whole process and getting advice from Kati meant Llorente could get professional advice while keeping complete creative control. “I dabble on piano, but I didn’t have a player that I wanted to pay to put in the studio. When I heard [the Studio Pros piano track] I thought, ‘that’s beautiful, that’s what I want on my record.’ It was amazing how, just by giving them the influences, they could nail the style.”

In addition to the professionalism, Llorente appreciated the flexibility when it came to his free time. Balancing a day job and working on his musical projects by night, he loved the quick turnaround that he couldn’t get in a recording studio. “I knew Studio Pros would be able to nail it faster than session players if I were to go into the studio,” he explains. “I have friends that spend weeks going into the studio, just trying to get stuff cranked out. You don’t even know the quality of the production you’re getting there.”

As for the quality of production he got from Studio Pros? “The outcome was just spectacular,” he says. “I was blown away by what it was and the amount of time that it took to do it.”

While this was Llorente’s first professional production, it certainly won’t be his last. He is planning on recording a complete album, hopefully as the means to kickstart a full-fledged career. “Everything else is just a job to me,” he says. “This is my dream, and I’m going after it. I’ve been in and out of so many other studios, and how they treat you is like you’re just another number. ‘Hey get out of here, you’re time’s up!’ The customer service, and how Kati genuinely put her whole heart into the project was really encouraging. It made me feel like I could actually do something with it.”

Llorente could very well do just that–especially with Studio Pros on his side.  Check out his website at //www.davidllorentemusic.com

Call Studio Pros today for a free project consultation for your music. 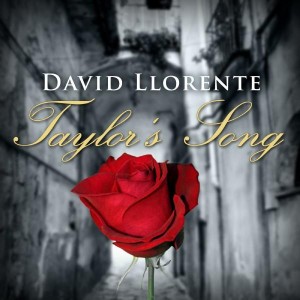