Without a band of his own, Jeremy Bright turned to online musical collaborations to breathe new life into his songwriting.

“I’ll never be one of those people who lives for my job,” says Jeremy Bright. “I live for my off hours and my passions and my hobbies.” Bright’s passions, of course, include his music. A piano player since he was six, the Alabama-born songwriter’s love of music may have been set in motion generations before he was even around. “A lot of my family was into music, so it’s kind of in my genes,” he says. Now in Phoenix, AZ, Bright recalls his early musical influences being the soul music of his home state and the music of churches he grew up in. 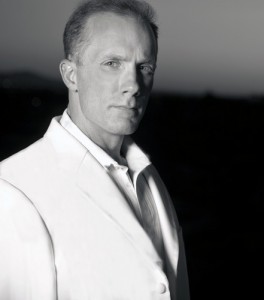 And while he enjoys his day job as a software engineer, he doesn’t get his biggest fulfillment from his nine-to-five hours. Bright has been working on his latest album for three years, and he’s made collaborating with musicians online a regular occurrence. “I was in a band, but that kind of fell apart,” Bright says when explaining why he turned to the Internet to find musicians for his album. His search brought him to Studio Pros, where he explored the website and listened to demos to get a feel for whether the service would be a good fit for him. “What I heard was quality. So I gave it a shot, used Studio Pros on one of my songs. The tracks that I got back sounded good and I just kinda went from there.”

Bright used several Studio Pros services to supplement tracks he had recorded himself, choosing different Studio Pros musicians depending on what his songs needed. “I used the drummer to replace some of my drums, and on one song I used their guitar player to replace some bad tracks,” he says. “On ‘Angels Watch Over’ I used Studio Pros for the majority of the instrumentation on there.”

Listen to a clip of “Angels Watch Over” here:

As a songwriter with strong vision, Bright made sure he had a solid foundation for his songs and a good idea of the arrangements before bringing them to Studio Pros. But when it came time to pass the recording over to the session players, he was open to ideas and interpretation. Then Bright would guide the musicians to get the exact results he wanted for each song. “I was very happy with [the final product],” he says. “We just kept working at it and plugging away and I got what I wanted. It’s my vision and they implemented it, and that I was really happy with.”

Bright also appreciated the support of the Studio Pros team. “It was really nice having Kati there to bounce things off of,” he explains. “A lot of times you feel like you’re by yourself on a project if you’re not in a band.” Now that the project is finished, he will be distributing his album through CD Baby, iTunes and many other online music stores. Bright also plans on getting out and playing live more often. In summing up Studio Pros, he says: “For an average user that doesn’t have connections, they’re stepping into Studio Pros and they’re gonna get players that are awesome and bring a lot of skills to the table.”