Juggling his music and a busy personal life, Manx found Studio Pros to be the perfect way to get professional recordings without having to leave his best friend’s side. 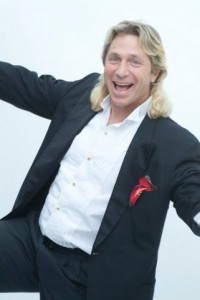 Studio Pros customer Manx calls his music “blue-eyed reggae,” although he plays much more than that. “I do a little bit of everything,” he says. “I have one country song and some pop/rock songs, I have a rock song, I even have kids’ songs.”

Manx has been playing music for most of his life. “Growing up, my father wouldn’t let me leave the dinner table unless I sang to Johnny Cash and Nat King Cole and played a little plastic guitar,” he remembers. But it wasn’t until he moved to California to treat his mentor and best friend Leigh for cancer that he finally decided to make some professional recordings of his songs. “I got a chance to follow through on my dream,” he says. “Leigh wanted to make sure I could follow through with the whole music thing.”

After not having much success in having his songs forwarded by TAXI, Manx signed up for Studio Pros after seeing a magazine advertisement. Without a band of his own, and knowing he would need to spend a lot of time with Leigh instead of spending days in the studio, he called the decision to go with Studio Pros a “no-brainer.” His choice was justified when a former bass player for Bob Marley heard his song “Give a Little Love” and wanted to work with Manx (hear the song below).

He also recommends the service to other musicians he knows. “A friend of mine is the head of the International Academy of Lymphology, and he’s always writing these little jingles about lymphology,” he says. “He’s always wanted a way to be able to produce them. I showed him the Studio Pros website and it blew him away.”

When his album is complete, Manx plans to make it available on iTunes. Overall, his goals are simple: to make people feel an emotion when they hear his songs, even if it’s just to “make someone who’s maybe feeling sad feel happy all of a sudden for three minutes in a day.” And Manx feels confident that Studio Pros was the best way to get the results he needed.

“When my own music gives me the chills, then I know that there’s something right.”