In need of professional studio musicians to make his vision come alive, Tom Gray and Studio Pros made the perfect recordings of his most personal songs.

Tom Gray grew up near Cleveland, Ohio, where he found himself involved in both the local jazz and rock scenes. A performer and composer, Gray was also classically trained as a singer, adding yet another facet to his diverse musical upbringing. But with the music he’s made with Studio Pros, he’s taken his versatile musical skill set and applied it all to pop music (“It has been really strange to find my ‘pop’ voice,” he admits).

But even as a pop artist, Gray lets his many musical roots show through often. “There’s a song called ‘Go’ that is almost like an avant garde jazz tune,” he says. “On the surface it’s approachable, but there is some really complex content (harmonic, meter, and structure) in there without sounding ‘jazzy.'” 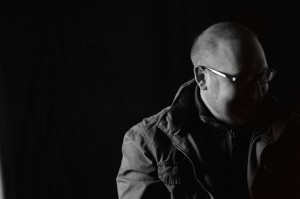 Gray used Studio Pros as a tool to take some music that had been close to his heart for years and turn it into something tangible. “This album has been a long time in the making,” he says. “They are gems that I had written for myself but haven’t performed with anyone else. They’ve very intimate, very personal.” But after finding Studio Pros via a web search, Gray found a resource that helped him recapture and discover new inspiration in his own songs. “It’s funny, some of these songs are 15 years old and I’ve demoed them to death,” he says. But working with Studio Pros’ world-class session musicians helped him breathe new life into music he may otherwise left behind.

Gray was in need of those musicians after moving to Cincinnati and realizing he no longer had the musical contacts he once had. Knowing no musicians meant it didn’t make much sense to rent out a recording studio, so he turned to Studio Pros. “When I talked to Kati, I was really upfront about my vision,” he explains. “I made her listen to a whole album of demos. We decided to start with ‘Anywhere’ and see how it felt.”

After sending in a piano-based scratch recording of the song, he received a re-imagined version on acoustic guitar. “The song was reinterpreted so well for that instrument, I fell in love with it all over again,” he recalls. “Here is a song that I know intimately, and it still had the power to surprise me. I was hooked–that laid a great foundation for me to trust the Studio Pros musicians.” So Gray decided to use Studio Pros for the rest of the album, interacting with the musicians by providing feedback while also allowing them to add their own ideas to build on each song. 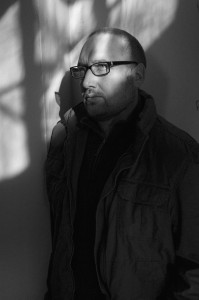 “They didn’t copy my performances, they internalized my intentions and gave me their expressions,” he explains. “They made it their own. We are really getting to the soul of the song and putting that out front, not any one musician. That was really important to me.”

Even with the songs so deeply attached to his own feelings, Gray found that Studio Pros’ session musicians could convey what his songs were really about. “The musicians and producer at Studio Pros are professional enough to hear my intentions, amplify the emotional currents, and build these tunes into something better than I could produce alone.”

“The end result is emotive, textural, subtle, and approachable. The song really shines through. It really exceeded my expectations.”

When the album is finished, Gray plans to put it for sale online and hopefully kick start his musical career. And how does it feel to finally be recording and releasing something so personal after all these years? “If I had to attach one overriding emotion to this experience, it is excitement,” he says. That excitement could take his music far.