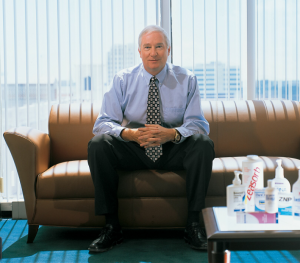 Charles Stiefel is an aspiring songwriter hailing from North Carolina. Charles clearly had writing influences ranging from current to past songwriters which evidently shined through his first production with us. When we first started working on his material I knew that we would have a great final production on our hands. Charles had a clear vision for how he wanted the song to sound, and with our great team we were able to give his track a solid groove and vintage flavour which makes his track stand out from the pack.

It has truly been a pleasure working with Charles on his first production and look forward to doing many more in the future!

“Too Bad For You”

Charles sent us a basic demo and we produced his song from scratch using our Full Music Production Package, Kelsey on vocals, and a Custom Horn Section.

I wanted to record my latest song in a professional sound studio, but I needed session musicians

as well as a great female singer. There are lots of good studios, but StudioPros was the only one I found that could deliver the entire package.

StudioPros made everything really easy. They posted each new track online for my review and approval, which insured that every track was performed the way I hoped it would be. Before I started working with StudioPros, I was concerned about not being personally in the studio, but working online with them was as simple and easy as it could possibly be.

I sent my sheet music and some production ideas to StudioPros, but they produced, mixed and mastered the entire song. They provided the session musicians for each track that I requested, and they provided singing samples of several male and female singers for me to hear.

“Too Bad For You” was the first song I produced with StudioPros, but it will not be my last!

I don’t believe that it’s meaningful to send sheet music or a homemade demo to a recording artist or record company. Working with StudioPros enabled me to produce a high-quality demo that I can easily e-mail to artists and companies that I think would do a great job with my song. My goal is to have several of my songs on the airwaves.

I was most influenced by the songs of the 60s and 70s, but I enjoy all musical genres. I wrote “Too Bad For You” after watching Taylor Swift at the Grammys and thinking that it would be fun to write the type of song that she might sing. 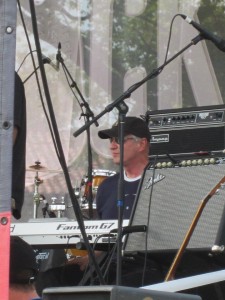 I began songwriting in the early 70s. I have played clarinet, bass clarinet, tenor sax and keyboard in various bands, but when I write sheet music, I am usually sitting at the piano.

SP: What was the inspiration and writing process like “Too Bad For You”?

I wrote this song just for fun. I was in the mood to write a light pop song, so I sat down at the piano and wrote the sheet music.

I enjoy all sports, travel, reading and hanging out with family and friends.

Sometimes I do, but “Too Bad For You” was not influenced by anything that ever happened to me. Thankfully!

I was the CEO of a pharmaceutical company, but now I just engage in consulting for other companies.

I would like to see my songs recorded by well-known artists.

If you are interested in getting your own songs professionally produced, don’t hesitate to contact myself: Robb Hutzal, or Kati O’Toole.