Exploring the connection between health and music, David Alter teams up with Studio Pros to make professional recordings that will benefit health charities through his unique new company. 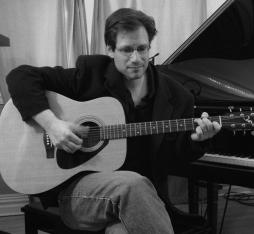 David Alter is an artist who knows what he wants, and he uses the resources that Studio Pros provides to get exactly that.  Though he’s been writing music for quite a while, performing was something of a new concept for the health professional-turned-musician when he decided to record an album of his own.  “The process of recording has been relatively new,” Alter says.  “I’ve been writing for many years, but it’s only been lately that I’ve done more of the recording process myself.”

So after he saw an advertisement for Studio Pros in Recording magazine, Alter decided he had nothing to lose by putting his songwriting in the hands of professional studio musicians who could ensure a top quality result for his songs.  “I thought I’d try it out and i just loved it,” he says.  “I love the process of creating the idea, then arranging it by having a vehicle that gets what I hear in my mind out quickly.”

The decision to try Studio Pros ended up being worth his while, as it turned out.  Studio Pros helped him bring the music bouncing around in his head into fruition and helped satisfy Alter’s inner musical control freak, all in a manner so efficient he believes it couldn’t have happened had he not used the service.  “I always have a demo,” he explains.  “I have a home setup, and I do the demo and get it set arrangement-wise.  Then I upload that when I’m ready, along with lyrics and instructions.”  Alter then takes the results of Studio Pro’s studio musicians and uses them as part of his creative process, adding new instruments and parts himself as he is struck by new inspiration.

And where did that inspiration come from?  Besides Alter’s musical influences of early ’70s and late ’60s music (“All the old classic rock stuff is heavily embedded in my brain,” as he explains), he also found his muse from the world-class session players he got with Studio Pros.  “The musicianship, the professional ability did catch me by surprise,” he says.  Alter was impressed by how tight everything sounded, despite the fact that his “band” he was collaborating with was internet based.  Another perk was that everything was dead on with a click track, making it simple for him to add his own instruments and extra tracks after the fact.

Alter was invigorated by the collaborative process, despite the fact that the musicians were based out of Los Angeles and he was in Ontario, Canada.  “I love the process of being able to be intimately involved in all of it, and I love that constant 48 hour turnaround,” he says.  “You’ve just gotta have some confidence.  You have to go into it saying, ‘this is what i want.’  I’ve loved it, and everyone’s been very receptive.” 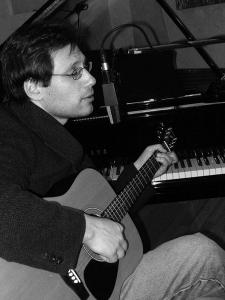 Taking full advantage of Studio Pros‘ versatility, Alter was able to have several alternate mixes for his songs: a mastered version, an un-mastered version, as well as different variations of the instruments in his mixes and all of the individual tracks for each of his songs.  “That gives you a lot of flexibility, because you don’t know exactly what you’re gonna do with it,” he says.  And with all those options, the sky is the limit for Alter, who is using his music to give a little something back: he is launching a company called Vigour Records, which features music from people like himself: health professionals who are also serious musicians.  The company also explores the relationship between health and music, and will give half of its proceeds back to health charities.

Vigour Records is being launched with Alter’s first full album, which features several Studio Pros tracks and is entirely mastered by Studio Pros.  While keeping himself busy with this new, one-of-a-kind company, Alter also plans to keep spreading the word on Studio Pros.  In his own words: “I think you guys are doing a great job!”

Listen to more of David’s music at his MySpace page: //www.myspace.com/davidaltermusic

Check out the official site of Vigour Records: //www.vigourrecords.com