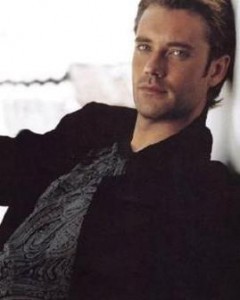 Jeff Heiniger knew the importance of a professional production–so he turned to Studio Pros when he didn’t want to settle for anything less.

Jeff Heiniger has known what goes into a professional production for a long time. In 1987, he won a national songwriting competition in the UK that was put together by Rolling Stones bassist Bill Wyman. The prize: a chance to record in the Stones’ state-of-the-art mobile recording studio with top producers Mick McKenna and Terry Taylor. “It was brilliant to work with actual professionals,” Heiniger remembers. “They turned our demo into something that was fantastic.”

Heiniger first started taking music lessons after getting a piano when he was 13.  He also started listening to all sorts of pop music, from Electric Light Orchestra to Depeche Mode, ABBA to The Beatles. Since winning the competition he has put together a Pro Tools-equipped home studio, but soon realized that without a professional producer behind the board he wasn’t going to achieve the same sort of radio-ready product he got with is winning song. “The problem is that I’m not an engineer, so I didn’t have anybody to record my stuff,” he explains. “What I found was really good about Studio Pros was that the production was sort of taken out of my hands in a way.”

When he found the Studio Pros website, Heiniger was actually looking for session vocalists on the web. “I couldn’t find anyone locally who was any good,” he says. “It’s quite laborious, taking your music to a recording studio and finding an engineer who will record a session singer who you may not like. It seemed quite a lengthy process, and one that may not yield results at the end of the day.” He found himself intrigued by the Studio Pros website. “The site itself looked very professional. Professionalism and price were important.”

With Studio Pros, Heiniger was able to focus on writing a song on piano, then letting our team of world-class studio musicians build the rest from the ground up. Along the way, he would provide input and feedback to make sure everything came together how he wanted it. In order to make it easier, Heiniger would provide reference tracks with other music that matched the vibe he was going for with each song.

He was most impressed with the high level of musicianship and how quickly they could turn around a professional performance. “Something like bass guitar in the studio could take me a week to come up with something, ” he says, “whereas they would turn it around within 48 hours and it would be absolutely superb. Everything was spot on, and the ideas were good as well.”

One detail that was not lost on Heiniger was the mixing and mastering service. “People think that you if you can mix, you can master,” he notes. “But mastering is a different thing altogether, and the mastering process is incredibly difficult.”  Heiniger realized that to get all of the elements provided by Studio Pros–musicians, mixing and mastering–it is usually very costly. Getting it all in one place and for a low price was something that he was particularly happy with.

Heiniger’s plans for the future include starting his own publishing company with his girlfriend and shopping his songs to other recording artists. He feels confident in doing it now that he has a professional product he’s proud to show others. “I think Studio Pros is an excellent medium for musicians,” he says. “It takes the production out of their hands, and I know how difficult it is to produce something to a professional standard. It’s almost impossible to do it to the level the professionals do. I’ve been trying to do it for 20 years.”