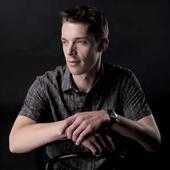 Ever feel like your stuff isn’t good enough for other people to hear? Many musicians feel that way, and as a result, their songs just pile up and collect dust.

Mark Ibberson is a perfect example of someone who decided to push through those feelings of self doubt and uncertainty, and get his songs out there to share with the world by using Studio Pros music production service.

He’s from a small village near Lake Geneva in Switzerland and has been songwriting for ten years now, but it wasn’t until 2003 that he decided to release anything. Songwriting is his passion he says, “I can do it whenever I want: Late in the evening, on the train to work… or in one of those boring meetings!” It’s usually in the most unexpected moment that inspiration hits you and you just have to write!


Having other artists who inspire you is an important part of the songwriting process. Mark’s brother Paul is one of his main influences, along with Seal, Coldplay, Muse, Tori Amos, AaRON and Radiohead.

In 2003 Mark released his first album entitled “Goodbye Mr A” for which he used an old 300MHz PC and Cubase, 2 keyboards that went straight into an old 8 track, and he laid his vocal tracks over the top. Proving to be less than an ideal setup, Mark decided to try Studio Pros for his next album entitled “Imperfect By Design”, and continued to work with us for his EP “Look At It This Way”, which was released January 2008. Regardless of how you do it, the important thing is just to start the process of preserving your music – record it on a tape-recorder if you have to – send us the tape, and we’ll do the rest!

Mark says of working with StudioPros.com, that “it’s addictive! Online recording at Studio Pros means having a group of exceptional musicians, who each bring their own interpretation to the music. The songs don’t always end up how I had imagined when I wrote them, but that’s the beauty of collaborating with studio musicians: The different interpretations become part of the song. There is so much excitement and pleasure to hearing my songs evolve, and evolve fast!”

His advice to songwriters trying to get their album finished, is “don’t spend too much time on any one song. If it’s a good song, people will like it, even if it’s not perfect. Also, get the music out as soon as it’s ready, that way you don’t have time to get bored with the songs and can move on to new, fresh stuff.” Wise words.

So what are you waiting for? Send us your songs! Make yourself heard! We’re here at  Studio Pros  just waiting to hear your stuff!