Robert Norris had all but given up on music by his early thirties.  “Music just wasn’t fun anymore,” he remembers. “I basically ran out of steam and decided to get on with my life.” 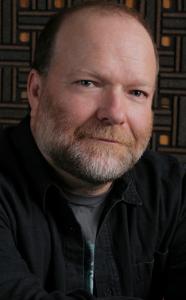 Norris had been a musician since he was a kid, when he took drum lessons and started his first garage band in junior high. As time went on, he began learning music theory, became a lead singer, and even got to sample the rock star lifestyle in the beach town of Marshfield, Massachusetts. “The summer we graduated, 1975, the drinking age was 18,” he says. “We were playing in bars that we were barely old enough to be in. Lots of fun, great experience, and a taste of the life.”

After a brief stint at UMass Amherst as a vocal music education major, Norris sang in several bands around the Boston area and began writing original music. After a band breakup, he took to the studio to record a cassette tape of original songs called Nobody’s Dream Come True. But despite getting some local airplay and seeing some interest in his songs, Norris felt like he had hit a wall; music was set aside and life went on.

But as most musicians can attest to, the music bug doesn’t easily go away; years later, Norris wanted to start singing again. But having been removed from the scene and all his old musician contacts for so long, he needed to hire session players for his recordings. “I contacted a studio locally,” he says. “Having no other viable options, I scheduled a four-hour session to start my first song. He charged me from the minute I walked in till the minute I left with no allowance for the three breaks the musicians took. And to make matters worse, I didn’t really like what we had recorded.”

It was during his drive home from this self-described “session from hell” that Norris remembered seeing an advertisement in Recording Magazine for Studio Pros. “I was a little skeptical of the online recording process,” he admits. “I had just spent almost half the Studio Pros price on that four-hour session. How good could Studio Pros’ finished product be for so little money?”

But despite his initial doubts, Norris soon found himself becoming a Studio Pros believer. “They gained a sense for what I’m all about as an artist, and with each song the connection became stronger to the point where I felt less inclined to direct and more content to let my ‘band’ interpret their parts.” Norris enjoyed checking for Studio Pros emails every day and involving his wife in the experience as each track was completed. “Bottom line,” he says, “we finished the project on time, under budget, and far exceeding all expectations.”

Now Norris, who decided to record his songs because of the current wealth of opportunities offered to independent artists, is awaiting the first shipment of his new CD: BluesRockJazzPop Volume One. “Downloads and CDs will be available on Amazon, iTunes, etc. in the coming weeks,” he says. “I’ve signed with a music library who will find music licensing opportunities for the recordings.” Norris hopes to use the recordings he made with Studio Pros to open up new doors in distribution and licensing, and maybe even start making a living with his music.

“Whatever and wherever my songs bring me, I don’t believe I would have gotten there without Studio Pros,” he says. “I look forward to recording Volume Two!” 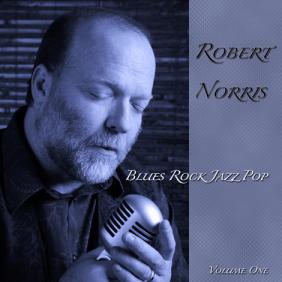