Get the “British Rock” Sound with Studio Pros 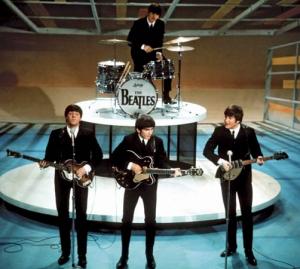 At Studio Pros we like to take from what’s worked in the past and apply it to what we’re doing today. We have worked with many artists that request this sort of “British Rock” sound, and we know just what they have in mind.

“British Rock n’ Roll”, as they called it, was a significant change in rock n’ roll that took place in the late 50’s/early 60’s in the UK and later spread around the world. Artists were taking from US rock n’ roll influences and giving it a British edge. This style became the characteristic sound of the Beatles , The Rolling Stones , the Who , Herman’s Hermits, the Dave Clark Five, the Animals, The Kinks , the Small Faces, the Yardbirds, and Donovan among many others. It worked. People obviously liked what was coming out of this new era and it changed the wave of music forever.

When we have an artist’s reference to the overall final sound they are going for, we are happy to help in any way we can to produce their song the way they had in mind. Of course, this is not the only sound that we can achieve with our studio musicians at the Studio Pros recording studio, but an option for those post “British Rock” enthusiasts.

To get that “British sound” we tend to use a lot of compression on our piano tracks, space out the drums (big drum sounds are big in this style) and give the overall mix a dark overall sound with compression.


We’ve just recently done a production with songwriter Finnur Bjarki called “Wake Up Now” in the style of “British Rock”:

Tell us a little bit about your songwriting and what you do with your songs once they are recorded.

“I´ve been writing songs since I was a teenager. I use my acoustic guitar to relax write melodies. Some of the songs just come to me in 5 minutes or so, others need time to develop and mature.”

What made you go for the British rock sound?

“I grew up with U2 in my ears, The Smiths and the British metal. I have always loved the British rock. Maybe because I find a lot of British bands use the conventional instruments more than most bands today so they have this live band element. I like the sound of Keane, Coldplay, Starsailor etc..

The roots are always there and they dont get caught up in the technology to much.”

What are you planning on doing with your songs once they’re all recorded?

We plan to release a new CD by spring and almost all instrumentation is done by Studio Pros. Recording this way is something totally new to me and I had to get used to it. The professionalism is great, it gives me a warm feeling to hear my songs performed and given life this way and this has saved me a lot of time.