The Ultimate Guide to Music Promotion

The Internet can be a bit of a blessing and a curse for musicians.  On the one hand, it provides modern artists with an unprecedented number of avenues to gain exposure.  From MySpace to Facebook to music blogs, there are countless ways bands and artists can potentially reach thousands, even millions of music fans with just a few clicks of the mouse.  On the other hand, this ability for instant exposure means that anyone can do the exact same thing, making the competition pretty stiff for artists trying to get heard.
And so the eternal question remains: how does one stand out from the crowd?  How can you drive people to your websites and social networks to listen to your music over the thousands of other choices they now have?  How can you promote your music to the masses?
Just like trying to learn the secrets of writing a hit song, there’s no single formula for musical success online.  But here are some practical tips to make sure you cover all your bases when you promote your music both online and offline…

It might seem obvious, but before you can even think about promoting your music, you’re gonna have to write it first.  And you’d better write good music, or all the promotion in the world won’t help you too much.  Don’t start scheming up marketing plans until you have written songs that are amazing.  And don’t start recording the final version of those songs until you’ve gotten some outside input.
Feedback from family and friends can be nice, but it’s “nice” that’s also the problem…  Even if they have criticism, most will hold back to spare your feelings.  The best thing to do is talk to a real professional who can give you constructive criticism with the end goal of making your music as good as it can be.  Most of us don’t have record label A&R people on speed dial that we can ask for advice, but there are other ways of getting pro feedback on your music.
Studio Pros offers a music consultation service with the head of production Kati O’Toole… Absolutely free.  You can chat with her and get feedback about your song–anything from tips on the structure to ideas for the recording–and not pay a penny for it. 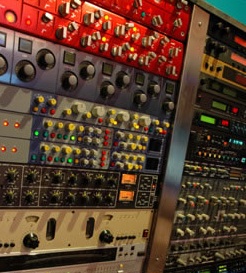 Once your brilliant songs are written and ready to be recorded, it’s important not to phone it in when it comes to the recording.  This will be your representation as a musician, so you’ll want it to be as high quality as you can make it; no radio station is going to want to play your song if it doesn’t sound as good as the rest of the music they already play.  This means you’ll need quality recording gear, great musicians to play on your tracks, and an excellent mixing and mastering job.

Gear can be expensive, musicians can be hard to find, and post-production requires experience.  If that sounds intimidating, it certainly can be…  But that’s exactly why Studio Pros offers full music production services.  Let Studio Pros get top-notch Los Angeles session musicians to play on your track, then put the finishing touches on the mixing and mastering with their Grammy-winning engineer–all for a very affordable price.  A small investment now can yield big bucks down the road!
When you’re proud of your final product, you’ll believe in it.  That will make it much easier to get out there and promote it, because people will notice your passion.

3. Network with your music contacts

The music business, like many other industries, is all about who you know.  Talent can get you far, but being part of a network of industry professionals is what can really get your foot in the door.  If you recorded your music with professional musicians and producers, have them pass the final product along to people they know in the biz–A&R people, publishers, agents, managers, etc.
This is certainly an aspect of music promotion where it helps to live in one of the big music cities such as Los Angeles, New York or Nashville.  But if you don’t live in one of those metropolitan areas, all hope is not lost.  Recording with Studio Pros gives you an instant professional network of people who believe in your music.  In fact, Studio Pros’ musicians, engineers and producers often pass along and recommend recordings that they’ve been a part of to their friends in the industry.  Just another perk of using an online recording studio to get the results you’ve always dreamed of!

The vast promotional opportunities of the Internet await you!  Step one is to do all the standard stuff every artist should do–get on Facebook and MySpace (and any other social network you’d like), make your own artist website (you might try a musician-friendly service such as Hostbaby), and upload your music to each of these places so that your future fans can listen.
Next, you’ll want to make your album available for people to purchase after they listen.  You can have websites like CD Baby sell and ship your physical CDs or set up a PayPal account to receive payments and ship them yourself.  The most important thing is to have digital downloads available, since that’s the way most people are consuming music these days.  CD Baby also does digital distribution in addition to CD sales, and they’ll put your music on any number of online stores including the iTunes Music Store.  Tunecore is another service that specializes in digital distribution for musicians. 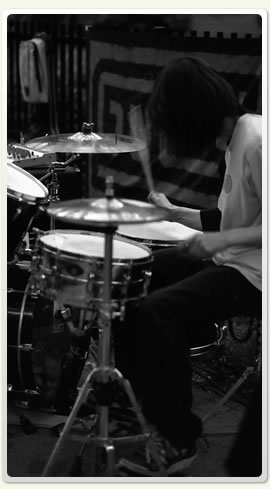 Your goal in promoting your music should be to get it in as many people’s hands as possible–especially people who might be able to help you spread the word on your songs.  One good way to start a buzz about your music is by getting your album reviewed.  Contact music blogs, magazines and newspapers about printing reviews or writing articles about the band.  Another is radio airplay–mainstream stations often have weekly shows that feature local artists, and college stations and Internet radio stations are often open to playing independent artists.

Getting articles, reviews and airplay can be tricky–most music writers and DJs are bombarded with emails from thousands of artists who want exposure.  The key is persistence, and if you have some money to spend you can hire a PR or promotions company that has the connections to get your album some ink.
When you’re doing your own music promotion, it can all add up to be quite a bit of work.  But with a little perseverance, you can use today’s technological advantages to spread your music across the globe without the help of a record label.  If you’re ready to take the promotional plunge, take the first step toward your musical superstardom–get a free project consultation with Studio Pros to get your music where it needs to be.